Fuel Economy Retention – Just What Does It Mean? 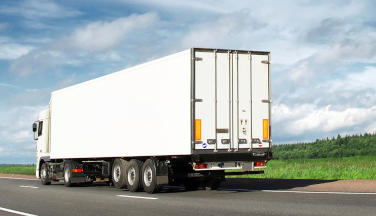 What does “fuel economy retention” mean for a diesel engine? The question comes up often in discussions about federally mandated exhaust aftertreatment systems (EATS) and their impact on a vehicle’s fuel economy. Specifically, the buildup of non-combustible ash in the diesel particulate filter (DPF) results in the engine consuming more fuel under normal operating conditions than it would with less ash accumulation. What causes this loss of fuel economy, and how could it be reversed so that fuel economy is retained?

In order to understand the concept of fuel economy retention, let’s start with an engine coming fresh off the assembly line. As most industry observers are aware, heavy duty diesel engine technology and design have evolved considerably over the past decade in response to ever more stringent EPA emission and fuel economy requirements. As a result, each succeeding generation of engines is more fuel-efficient than its predecessors. This is particularly true of engines introduced after 2017, when the latest EPA and NHTSA rules governing greenhouse gas (GHG) emissions went into effect. When a new vehicle leaves the factory, its engine is operating at peak efficiency from a fuel economy perspective.

Over time, that baseline fuel economy will degrade as the engine becomes less efficient. And one of the chief culprits of fuel economy degradation is the buildup of ash in the DPF. Of course, DPF clogging has a number of other negative effects as well. It can impair the performance of the aftertreatment system and the engine, and actually cause damage if left unchecked for too long. DPFs require frequent cleaning and maintenance, which means equipment downtime and labor cost. Let’s focus, however, on the negative impact on fuel consumption – a big concern, especially for on-highway fleet operators.

The primary cause of ash accumulation in the DPF is unburned metallic additives in the engine oil. Today’s API CK-4 diesel oils may contain no more than 1% sulfated ash content. As more and more of this ash builds up in the DPF, it causes the engine to burn more fuel than it would under the same driving conditions with minimal ash accumulation. Two factors resulting from DPF clogging are responsible for this increase in fuel consumption: increased backpressure and a higher frequency of DPF regenerations.

Backpressure is the effect that occurs when ash and soot buildup takes up so much space in the DPF that it blocks or at least impedes the flow of exhaust through the filter. Exhaust gasses then build up in the aftertreatment system, fighting back against the engine and forcing it to work harder to “push” exhaust out. The harder the engine works, the more fuel it burns.

Regeneration or “regen” is the process of burning soot out of the DPF by running the engine at high temperatures. Often this occurs during normal on-highway operation when a truck is running at high speeds, known as “passive” regeneration. However, operators can’t always rely on passive regeneration, and the engine may need to trigger an “active” regeneration. This entails injecting raw fuel directly into the DPF to elevate the temperature sufficiently to burn off the soot. In some cases, the vehicle will signal the need for “forced” regeneration. In this case, the engine then has to be raced at extremely high RPMs while the vehicle is sitting idle. Again, the engine is working harder and burning more fuel, but the vehicle is not moving, effectively dropping MPG to zero. The greater the buildup of ash and soot in the DPF, the more frequently forced regens are required and the longer those regens take, compounding the rate of fuel consumption.

The fuel economy penalty – and how to mitigate it

Increased backpressure and more frequent regeneration combine to rob the engine of its peak fuel economy performance. We call this the fuel economy “penalty.” If the ash buildup reaches 25% of the total DPF capacity, that penalty can be between 3% and 6%, or three to six additional gallons for every 100 gallons of fuel consumed, compared to an engine running at peak efficiency. Backpressure accounts for roughly 23% of the total fuel economy penalty, while forced regens are responsible for around 77%.

Limiting or slowing ash buildup in the DPF will help restore some of that lost fuel economy – in other words, the engine will retain more fuel economy than it loses. Hence the term “fuel economy retention.” Reducing ash does not improve fuel economy, but rather restores it to a level closer to its peak efficiency.

How much closer? In an extensive study published by SAE International, Chevron researchers compared the aging effects on a DPF between a conventional heavy-duty oil containing 1% sulfated ash and an ultra-low ash (ULA) oil with 0.4% ash content.[1]  The study confirmed that “reducing the sulfated ash in the engine oil provides a proportional reduction in ash accumulation in the DPF.” The analysis further concluded that “the ULA oil provides a significant benefit in terms of DPF backpressure control,” resulting in “a fuel economy advantage as high as 1.9% in the fully aged systems.”

In further testing for the effects of regeneration, fuel consumption was found to be 5% higher with the conventional oil than with the ULA oil. All together, “the backpressure effects and regeneration effects combine for a total 3% lifecycle fuel economy retention advantage for the ultra-low ash engine oil technology.”

Put another way, a fuel economy retention benefit of 3% can either wipe out or mitigate by half a fuel economy penalty of 3% to 6%. While these percentages may sound incremental, they can add up to substantial fuel savings when factored across a fleet of trucks averaging 100,000 miles a year each*.

And that’s just part of the story. Reducing DPF ash accumulation means longer maintenance and cleaning intervals, less downtime and a lower risk of engine damage, which can translate to extended equipment life.

Truck OEMs and fleet operators have long wrestled with the costs of tightening fuel economy and emission standards. The introduction of Delo® 600 ADF heavy duty engine oil, built on Chevron’s patented ultra-low ash lubricant technology, is one way to alleviate some of the economic burden on fleets.

*Actual savings will vary depending on vehicle type, load, and other driving conditions.

Shawn’s career spans 25 years focused exclusively on research and engineering dealing with heavy-duty engine lubricants, fuels, emissions, and materials. Before joining Chevron in 2013, he spent 12 years leading global fluids and materials engineering activities for Cummins. He also spent five years conducting lubricant, fuel, and emission research for the Department of Energy’s National Renewable Energy Laboratory in Golden, CO. At Chevron, he is a Senior Staff Engineer primarily responsible for product formulation of the Delo Brand of Heavy Duty Engine Oils. Whitacre is the chairman of the ASTM Heavy-Duty Engine Oil Classification Panel, which was tasked with the final development of the API CK-4 and FA-4 specifications that took effect in late 2016.
Filter by
Clear All
Category
Apply Filter Clear All
Share this page